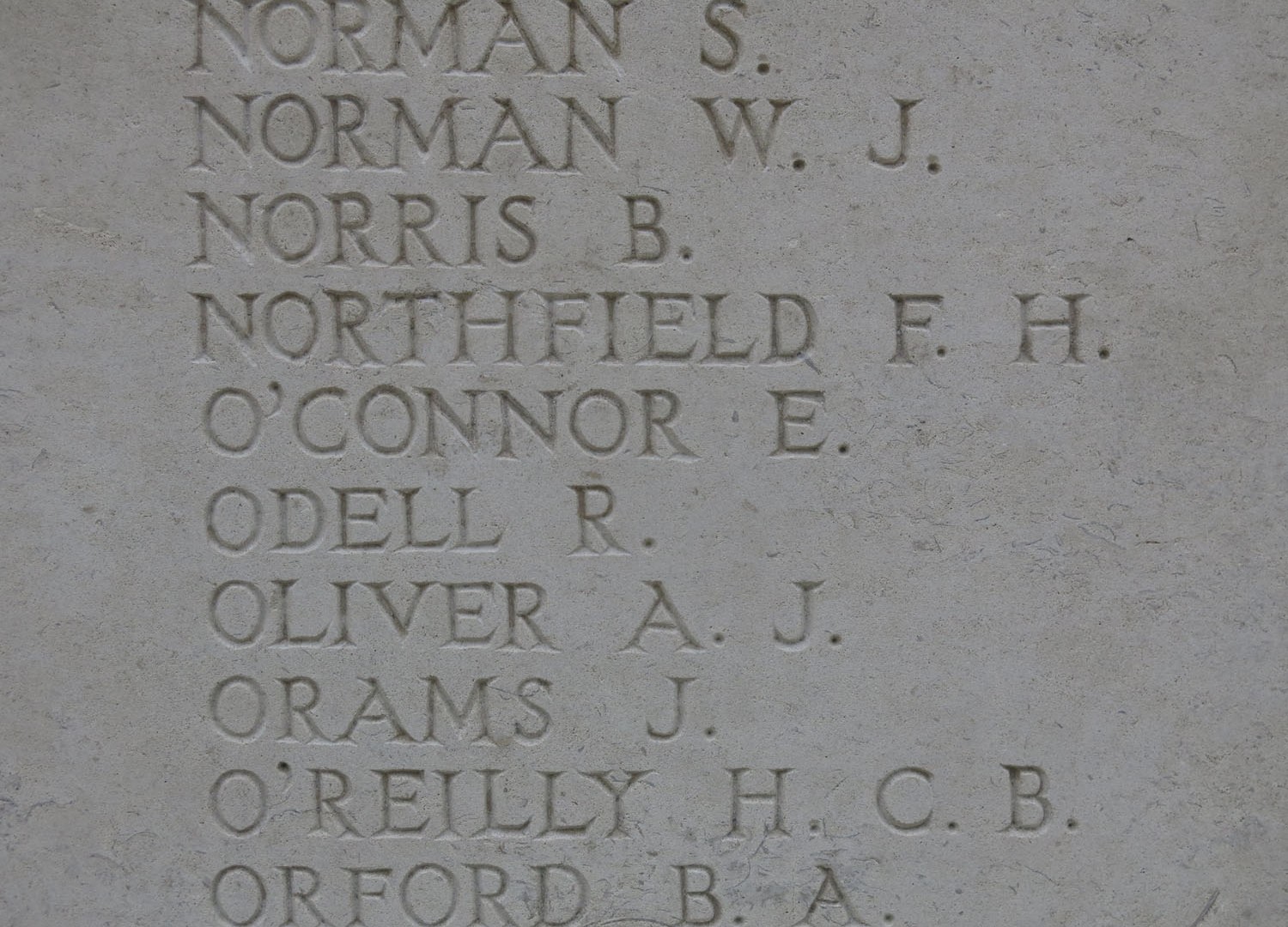 The city of Ypres and the surrounding countryside in the Belgian province of Flanders occupied a strategic position during World War I. Laying in the the path of Germany’s sweep across neutral Belgium and into France, Ypres was leveled and the surrounding area endured the most horrific fighting of the war, largely defined by trench warfare, artillery barrages, chemical attacks, and mass casualties.

Five memorials in and around Ypres are particularly worthy of your time in order to learn some history and to pay one’s respects:

Tyne Cot Cemetery is the final resting place for just a fraction of the more than one-million British Commonwealth troops killed in the Great War. Take the time and care to read the grave stone inscriptions of countless mates and comrades of every persuasion and notice the staggering number of unidentified fallen soldiers.

Essex_Farm_Cemetery is the resting place of Valentine Strudwick who was killed in the line of duty at the age of fifteen. This is also the place where John McCrae penned the famous anti-war poem”In Flanders Fields“.

Langemark Cemetery is the final resting place of over forty-four thousand German soldiers and three thousand German student “volunteers”, a stark reminder that there were victims on both sides.

Menin Gate War Memorial and the “Last Post“. More than a century later, those who call Ypres and Flanders home have not forgotten the enormous sacrifice of so many British Commonwealth troops (from England, Scotland, Wales, Ireland, South Africa, New Zealand, Australia, Canada, and India) during the Great War. Each and every evening at 8:00 pm, rain or shine, those who fought and died are honored with a solemn ceremony at Menin Gate were a bugle corps plays the “Last Post”, a moving experience like no other.

Special Note: Even to this day the countryside remains a mine field with uncountable hidden hazards. The unearthing of unexploded ordnance is still a common occurrence and farmers routinely leave their discoveries by the signposts to be picked up for eventual dismantlement. By the way, two construction workers were killed the very next day after my visit. (See Reuters Article)

A uniquely burdened and blessed citizen of the world thinking and acting out loud! View all posts by Frank J Peter

3 Replies to “Ypres: World War I Memorials, the Last Post”